In the golden autumn season, the land of Heluo is full of vitality and infinite scenery. The tourists from all over the world come to visit and enjoy the beauty of the ancient capital and the culture of Pinheluo. On October 12th, the one-month 2019 Luoyang Heluo Cultural Tourism Festival came to a successful conclusion.

▲ National Day holiday, Ying Tianmen light show was popular with the public to take a photo of Zhang Yixi

This is a grand event of mutual understanding between civilizations, cultures from all over the world, exchanges and lessons, and sparks; this is a fruitful event, where guests from home and abroad gather here, in-depth study and cooperation; this is a whole nation. The grand event of the carnival, the promotion of the benefit of the people and the people, the development and the full harvest... The Heluo Cultural Tourism Festival has become a gold business card in the city.

In recent years, the city aims to build an international cultural tourism city, with the integration of culture and travel as a starting point, accelerate the construction of a cultural heritage innovation system, promote the transformation and upgrading of the cultural tourism industry and improve quality and efficiency, and strive to promote cultural prosperity and prosperity.

01 is red, the red gene is rooted in the heart

When the Heluo Cultural Tourism Festival “xiehou” the 70th anniversary of the founding of New China, the five-star red flag flutters in the streets and scenic spots of the city and the country, and the red color becomes the bright background of the land of Heluo this autumn.

The city has a long history of revolution and rich red tourism resources. During the Heluo Cultural Tourism Festival, the city has put red tourism resources into a chain, and released two red tourist routes, which are not forgetting the initial heart - looking for red marks, inheriting patriotic feelings and sacred years - exploring red footprints, Relive the ancestors' years.

The release of the red tourist route has driven the popularity of red tourism to climb. During the National Day holiday, the Red Mountain Farming Museum, the Baozhai Village, the Tianchi Mountain, the Eighth Route Army Memorial Office in Luoyang Office, and other red attractions, the shoulders of the tourists, this year's Heluo Cultural Tourism Festival pushed to a climax. “The holiday takes children to a red tour, which allows children to be educated and let him learn and understand history more deeply,” said Joe Quan. 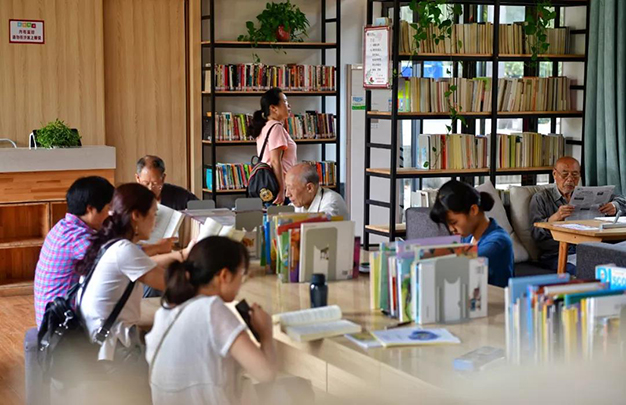 Red tourism combines the dual functions of tourism and education, with rich content and profound meaning. On how to dig deep red tourism resources and tell the story of red, the experts in the social science theory of the city also conducted in-depth discussions. In the future, the city will work hard to build a red culture promotion mechanism, develop red cultural resources courses, promote red culture and green ecological integration, and develop red tourism from generation to generation.

02 to use the festival as a medium, the ancient capital to create a cultural feast

In recent years, the city has actively complied with the new trend of the integration of cultural tourism and tourism, insisted on using the concept of culture to support tourism, and developed tourism by means of tourism. The Heluo Cultural Tourism Festival and the Central Plains Cultural Tourism Industry Expo were combined to promote each other. Walk with the distance. 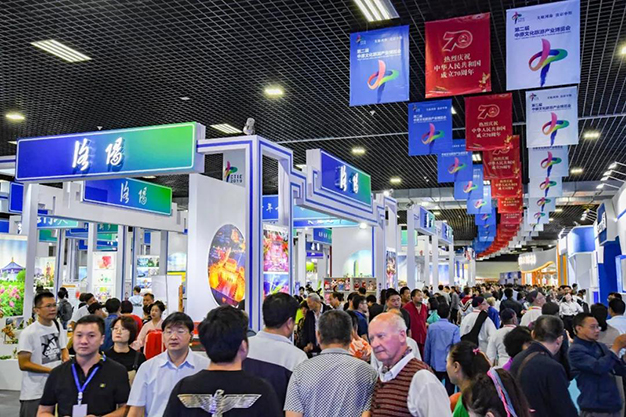 ▲The scene of the Expo is crowded (Photo by Lu Bo)

“Mid-Autumn Festival, at home, you can enjoy the regional customs of the Central Plains and the world, appreciate the colorful performances, and choose a variety of special products. This fair is getting better and better!” September 12-15 The second Central Plains Cultural Tourism Industry Expo attracted high praise from the public. 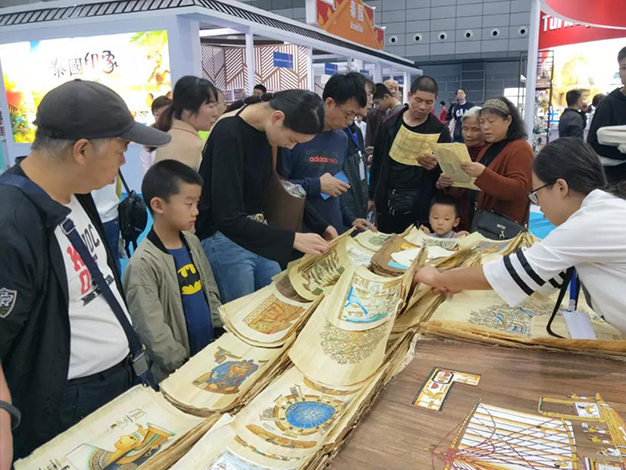 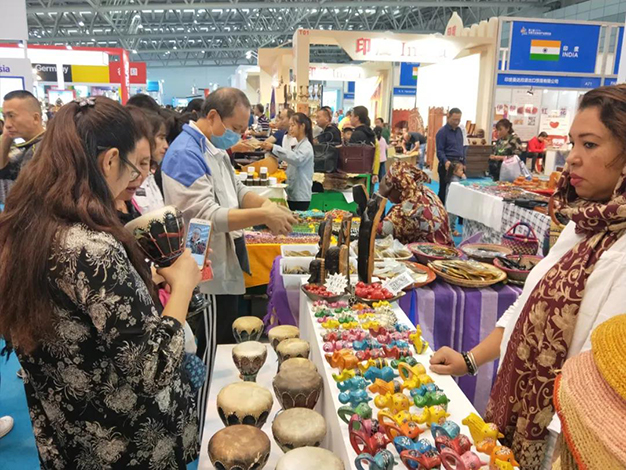 As the highlight of this year's Heluo Cultural Tourism Festival, this literary and travel event with the theme of “Wu Bian Henan, Caizhong Zhongyuan”, in a short period of 4 days, received 53,000 visitors, with a total of 6200 on-site transactions. Ten thousand yuan.

For the first time, the Expo adopted the “1+N” layout. It was held at the Luoyang Convention and Exhibition Center and the Luoyang Museum and the Luoyang Ancient City at the main venue. It attracted more than 1,000 domestic and foreign cultural and trade enterprises to participate in the exhibition, with rich exhibits and diverse exhibitions. The display method of the show has provided a colorful feast for the citizens and guests at home and abroad. 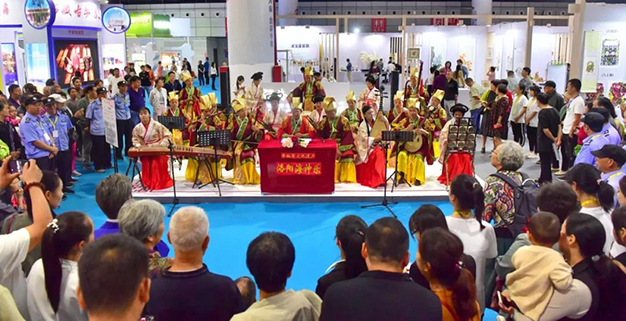 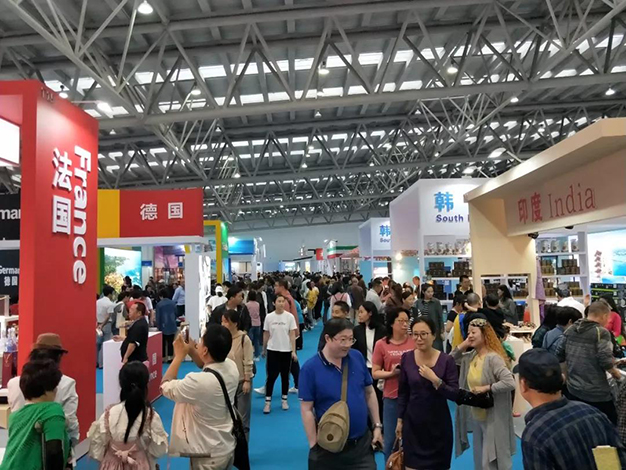 During the Expo, the city also actively negotiated with the national literary and travel enterprises, the “Belt and Road” international buyers, and promoted the integration of the original text travel and industrial transformation; organized experts in the travel industry and scholars from universities gathered around Luoyang. The integration of cultural tourism and tourism has made suggestions and suggestions... Through the holding of the Expo, the city has strengthened cultural exchanges between China and foreign countries, enhanced the international level of the exhibition, and continuously increased the international influence.

“The Cultural Tourism Industry Expo is a huge platform that stimulates the deep integration of culture and tourism in a deeper, broader field and a higher starting point, achieving the effect of 1+1>2.” The relevant person in charge of the Municipal Culture, Radio, Film and Tourism Bureau said . The success of this year's Heluo Cultural Tourism Festival further incited ideological emancipation and promoted economic and social development.

03 to benefit the people, the masses enjoy the literary bonus

“When I went to Wangcheng Park, I saw a free chrysanthemum exhibition, and I had a lunch at Laojun Mountain. It’s really happy to live in Luoyang.” The citizens can’t help but praise. 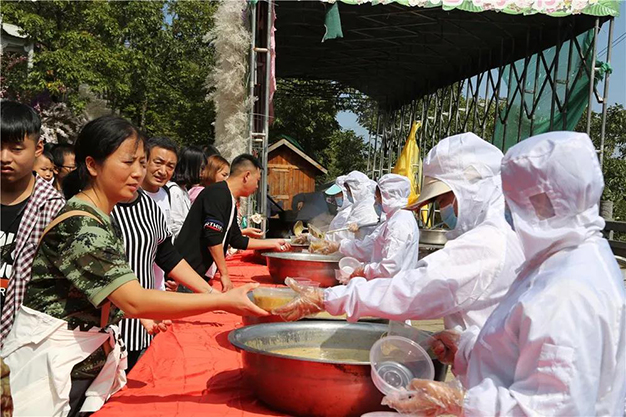 A cultural tourism event, a festival of the people. In recent years, the city aims to “satisfy the cultural self-confidence” and “satisfy the people’s growing needs for a better life”. Around the two festivals of the Peony Culture Festival and the Heluo Cultural Tourism Festival, the city will innovate and organize mechanisms to enhance the content of the festival and highlight its cultural characteristics. In order to implement the purpose of “saving the building with the festival, promoting the management with the festival, promoting the festival, benefiting the people and benefiting the people, and comprehensively improving”, the two festivals will be turned into a promotion of Heluo culture and promotion. Travel bridges, build beautiful cities, and serve as a platform for the benefit of the masses. 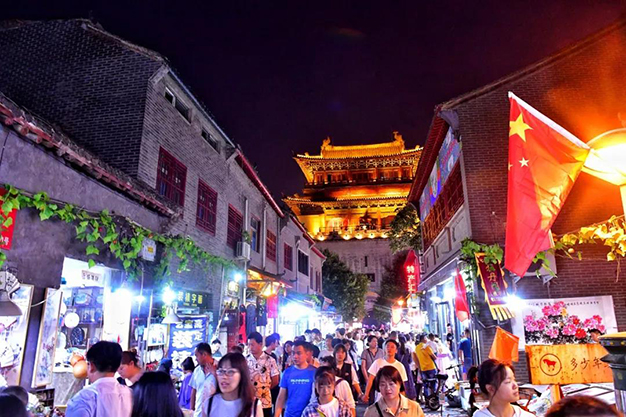 ▲The old city has charm, attracting guests like Zhang Chaoguang

Travel annual tickets are not limited, social vehicles can not be banned, catering and accommodation control increases, scenic spots are free or half price, boutique repertoires are free to watch, cultural consumption is subsidized... A series of heavy measures have created a “Luoyang model” to benefit the people. It not only satisfies the people's new expectations for a better life, but also allows the masses to enjoy the "dividends" of the festival, and also drives the "explosion" of cultural tourism popularity, turning the huge number of tourist trips brought by the festival into more benefits. Further promote the transformation of the city from "ticket economy" to "industrial economy", from "tourism city" to "urban tourism", and help the high-quality development of the cultural tourism industry, so that the festival will truly become a festival for the people and a grand event for the people.

Today's Luoyang, the cultural tourism and the integration of Fuxin Road, the city image of "Ancient and Modern, Reflecting, Poetry and Distance" is deeply rooted in the hearts of the people. Associate Professor Hongxing of Henan University of Science and Technology suggested that it is necessary to make full use of the two major festival brands, further deepen the cultural heritage of Heluo, and better show the charm of the ancient capital to the world. It is necessary to effectively improve the opening up of the city, increase cultural exchanges, and achieve greater breakthroughs in attracting investment and foreign cooperation to promote economic and social development. It is also necessary to put the "prosperity of the people and the people" in a prominent position, to ensure that the coverage of the benefits of the people is broader, and that the benefits of the people are more refined, and that the expectations of "poetry and distance" are not lost.