In order to make the 2nd Central Plains Cultural Tourism Industry Expo a high-level event of internationalization and specialization, commissioned by the Organizing Committee of the Central Plains Cultural Tourism Industry Expo, Guangdong Ksourcing Exhition Co., Ltd. will host the International Pavilion of the Belt and Road Exhibition. Responsible for the organization and service of overseas merchants and the exhibition and exhibition work. 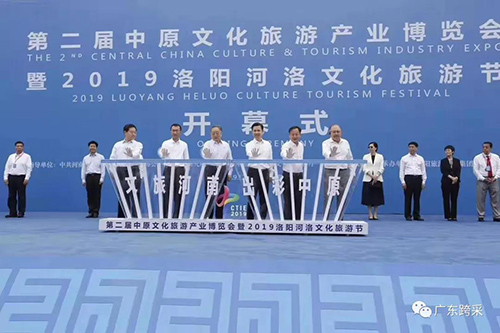 At 16:00 on September 12th, the 2nd Belt and Road International Buyers Fair of the 2nd Central Plains Cultural Tourism Industry Expo was held concurrently. Wang Bin, deputy secretary-general of the Luoyang Municipal People's Government, Hu Dapeng, director of the Luoyang Municipal Bureau of Culture, Radio, Film and Tourism, Cai Baoqiang, chairman of the Malaysian “Belt and Road” committee, and Yulin Melvin, vice chairman of the ASEAN-China Chamber of Commerce and Industry Tourism Promotion Committee, Henan Representatives from 18 cities and Luoyang cultural tourism enterprises in the province, and buyers from 28 countries and regions including Egypt, Turkey and Malaysia negotiated with more than 100 cultural tourism enterprises in the Central Plains region. A total of 31 procurement cooperation agreements were reached at the site. With an amount of US$470 million, it has built an important platform for the Central Plains to deepen exchanges and cooperation with countries around the world. It has played a concerto for the integration of culture, travel, civilization and culture. 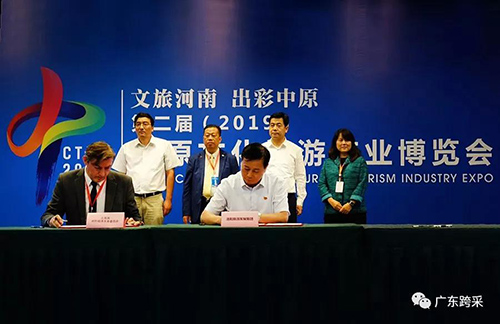