On September 24th, the 16th China-ASEAN Expo and the China-ASEAN Business and Investment Summit ended successfully! High-level officials from all countries The event held a series of high-level friendly exchange activities and activities to implement the "China-ASEAN Strategic Partnership 2030 Vision". Vice Premier Han Zheng held six bilateral meetings with leaders of ASEAN countries and leaders of the Polish state, and met with the representatives of Chinese and foreign entrepreneurs and the founding members of the China-ASEAN Entrepreneur Association. The leaders of China and ASEAN countries, the leaders of the Polish state, and the heads of delegations visited the East Expo Exhibition Hall and attended the opening meeting. Leaders of various countries delivered speeches at the opening conference, spoke highly of the achievements of China-ASEAN friendship and cooperation and the important role played by the East Expo, and further reached the consensus and vision for deepening cooperation and building the “Belt and Road”.

The opening ceremony was based on the theme of “exquisitely crafted and shared future”. “Carving” symbolizes the ingenuity and encourages cooperation projects. “Tukrain” expresses and shares, builds a win-win situation, and spreads a beautiful blueprint for “Vision 2030”. .

Promote "One Belt, One Road" Economic and Trade Cooperation

The current East Expo will promote the construction of the upgraded version of the China-ASEAN Free Trade Area and deepen the economic and trade cooperation under the framework of the “Belt and Road”.

● Economic and trade docking is effective

The total exhibition area of the East Expo will be 134,000 square meters, with a total exhibition capacity of 7,000. Among them, ASEAN and the countries outside the region have 1,774 exhibitors, 7 ASEAN countries, and 2,848 exhibiting companies, an increase of 2.4% over the previous year. During the conference, 90 trade promotion activities were held. At the same time, ASEAN countries' national promotion conferences, China's relevant provincial and municipal promotion conferences, investment cooperation roundtables, ASEAN industrial park investment conferences, the first China-ASEAN private entrepreneurs summit and China-ASEAN private enterprises were held. Entrepreneur Leader Salon and other private entrepreneurs series activities, international capacity cooperation series activities, etc., effectively promoted corporate cooperation and led the project.

● Vigorously promote the smooth flow of the “Belt and Road” trade 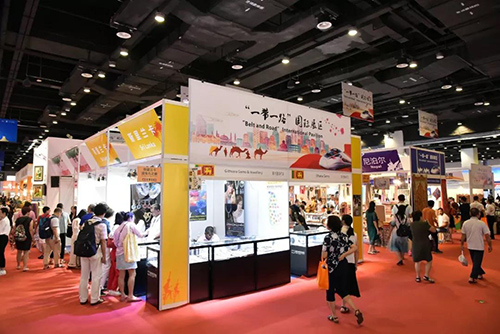 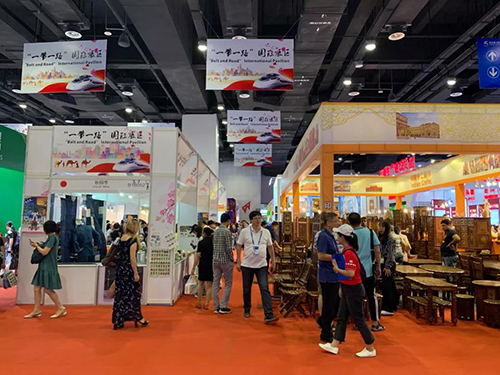 A total of 33 high-level forums were held under the framework of the current East Expo, of which 25 forums were held during the session. Through multi-level and multi-field exchange activities, the cooperation mechanism in various fields has been improved. For example, the China-Malaysia Capacity and Investment Cooperation Forum promoted the China-Malaysia capacity cooperation mechanism and the construction of “two countries and two parks”; the China-ASEAN Port City Cooperation Network Working Conference focused on the new land and sea channel, enriching the China-ASEAN maritime interconnection mechanism; Series Forum The organization has enriched the “Nanning Channel” and promoted the implementation of the “Vision 2030” in various fields. This year's East Fair held the first joint meeting of the East Expo Association of Supporters, and established a regular meeting mechanism for the East China Association of Supporters. A 500-person Chinese and foreign entrepreneurs exchange meeting was held to enhance exchanges between enterprises from various countries. The first blue book of the East Expo, "The Development Report of the ASEAN Industrial Park under the Background of China-ASEAN International Capacity Cooperation" was published, which became the innovation of the East Expo to extend the value chain of the exhibition and strengthen enterprise services. The summit will continue to innovate while consolidating and illuminating and optimizing the original brand activities. It will implement a new model combining the annual meeting and the annual meeting to realize the “peak event in the season and the summit meeting in the month”. 17 events. The annual meeting held a round-table dialogue between Indonesian leaders and Chinese CEOs, China-ASEAN Business Leaders Forum, Dialogue Unicorn: Integrating the Times of Innovation and Interpreting Growth Passwords - Zhongguancun Enterprises Going to ASEAN, China-ASEAN Chamber of Commerce and Industry Presidents Joint Meeting, The “One Belt, One Road” Western Luhai New Channel along the 13 provinces and municipalities trade and investment fair, the second “One Belt and One Road” New Economic Development Forum and the China-ASEAN Digital Trade Hub Center, the Western Luhai New Channel Digital Trade Hub Center Launch Ceremony, China — 8 events including the ASEAN Fruit Industry Development Forum.

The session will promote China-Indonesia cooperation in power, infrastructure construction, finance, automobile manufacturing, non-ferrous smelting and other fields totaling 18.5 billion US dollars, including project investment of 2.85 billion US dollars, financial institutions loan project of 15 billion US dollars, and trade projects of 650 million US dollars. 45 projects including the China-ASEAN Digital Trade Hub Service Platform and the China World Digital Center will be stationed in South China City, Nanning, with a cooperation amount of approximately RMB 20 billion. Aggregated hundreds of cross-border enterprises to establish the “Guangxi International Chamber of Commerce Cross-border Trade Committee”, successfully integrated upstream and downstream production and marketing resources, and signed an ASEAN agricultural product import and purchase agreement of RMB 3 billion. A number of Beijing Zhongguancun Unicorn Enterprises and Guangxi-Guangdong cooperation projects were launched, and 10 cooperative projects were launched, and 10 Guangxi Gazelle enterprises accelerated the implementation of the growth plan. The “Memorandum of the Presidency of the China-ASEAN Business Leaders Forum” was reviewed and approved to determine the next rotating chairman. Launched the China-ASEAN Digital Trade Hub Center, the Western Luhai New Channel Digital Trade Hub Center, the China-ASEAN Cross-border Logistics Management Platform and the China-ASEAN Fruit Supply Chain Management Platform, and signed the “One Belt, One Road” Western Luhai New Channel along the 13 provinces and autonomous regions. The Investment Cooperation Action Plan, issued the “China-Singapore Business Community to jointly build a new channel for sharing international land and sea trade”. Highly concerned by all parties

The influence of the exhibition is further expanded

According to statistics, a total of 1,298 journalists from 177 media outlets from 22 countries reported. Among them, there are 72 media outlets and 140 journalists from ASEAN and other countries outside the region. The media of various countries have publicized the economic advantages and huge business opportunities of China and ASEAN countries in the construction of the “Belt and Road”. The 16th East China Fair, Business and Investment Summit ended successfully. With the joint efforts of all parties, the East Expo, Business and Investment Summit will continue to build high-level dialogue platforms and professional cooperation platforms with different emphasis, distinctive themes and outstanding features, smooth the “Nanning Channel”, and vigorously implement the upgrade and development for the construction. A closer Chinese-ASEAN community of destiny makes a greater contribution!